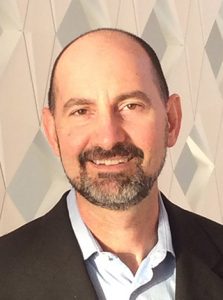 Growing up in the United States means – for most people – they will never speak another language than English.

Not so for Dimitris. Before he started school, his grandmother from Greece moved into the house for awhile and he was exposed at a young age to his heritage language. As an adolescent, he persuaded his parents to send him to a Greek school and he began to develop writing skills in Greek. Then he started with French and by the time his family took him on a trip to French Polynesia two years later, at age 15, was able to communicate in French with the locals.

That sparked an enormous passion for travelling and languages. Today Dimitris is fluent in English, Greek, French, Italian, Spanish, and Norwegian. He has advanced knowledge in Portuguese, and Mandarin Chinese, as well as some understanding of Russian,Tagalog, Bahasa Malaysia, Bahasa Indonesia, Turkish, Catalan, German, Dutch, Lithuanian, Esperanto, Danish, and Swedish.

After moving to Norway in 2013, he began learning the language while taking an MBA and soon started working as a strategy analyst for a Norwegian company. He took a 1:1 course with a teacher from Skapago and later revised his grammar with self-studies using the Nils textbooks.

Today he leads the Oslo chapter of the world’s largest pre-seed accelerator, Founder Institute, and has also been a guest lecturer in qualitative methodology at Kristiania University College, among other roles in coaching and consulting.

What is your favourite part of the Nils story?

My favourite part is when Nils takes his chance and escapes from the cabin when the Hurtigruten ship is docked in Trondheim.

Your biggest challenge with learning Norwegian?

My biggest challenge with learning Norwegian is to reach a level where Norwegians are happy to listen to me present in front of a room in Norwegian rather than asking me to switch to English. It’s a lot easier when I’m just engaging in a conversation between two people rather than presenting to a room full of people.

What is one tip you have for a language learner?

Consistent everyday practice is the key.